It Takes a Village to Improve A Community’s Health

It’s the community gardens popping up around town. It’s baked chicken and water added to the church congregational lunches. It’s the new weight lifting equipment at the community college. These are some of the small ways Halifax County is fighting back against obesity and heart disease.

In 2015 and the years preceding, Halifax County came in almost dead last North Carolina’s county health rankings at 99 out of 100. 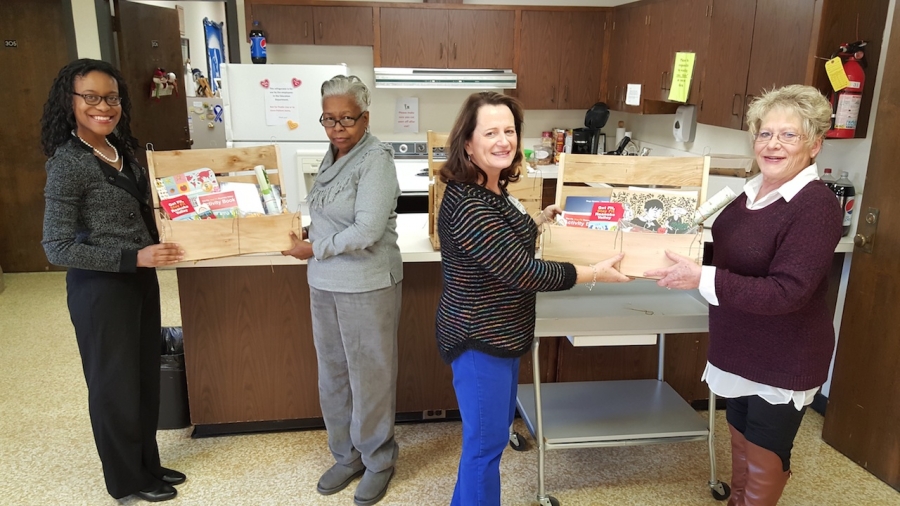 On January 19, reading kits were distributed from the Health Education department of Halifax Regional Medical Center, which served as the hub of activity for kit assembly and as a distribution point to library and school representatives.

Read the full article at rrspin.com

Return on a Health Care Investment in a Rural NC County

Karen Daniels’ husband used to fly airplanes and would sometimes remind her that velocity is irrelevant without direction.

Daniels, vice president of nursing services at Halifax Regional Medical Center in Roanoke Rapids, references this principle in describing her community’s past efforts at improving the health and well-being of its residents.

It distresses the people of Halifax County to be ranked 99th in the state for health outcomes (ahead of only Columbus County) in the Robert Woods Johnson Foundation’s 2014 County Ranking’s & Roadmaps. People were doing good things. Halifaxians have always been eager to help one another out, Daniels said, and a number of organizations and clusters of citizens were taking their own measures toward improved community health.

Getting area young people thinking and feeling healthier is the focus of a collaboration between two Roanoke Valley entities wanting to better the community.

Hoping to help community health leaders reach youth and influence their eating and activity habits more effectively, officials with the Roanoke Valley Community Health Initiative are partnering with Youth Empowered Solutions to host a free training program for adults who work with youth. Youth Empowered Solutions is a Raleigh-based organization that aims to create positive changes in communities by working with area young people and adults.

The goal of the program is to motivate youth groups to get involved with area health initiatives and bring their ideas to the table on how to promote healthy habits among their peers, according to Aidil Hill, team lead at Youth Empowered Solutions.